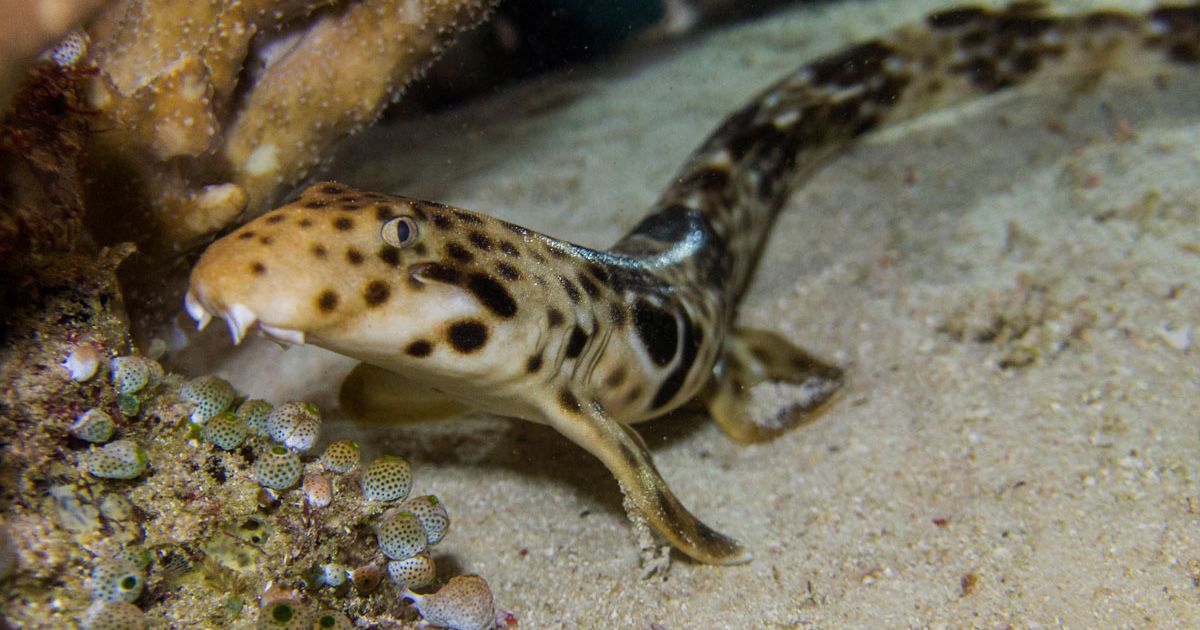 On just about all of our snorkeling safari’s we will always try to offer night or sunset snorkeling so you can see that amazing transition in specie’s behavior as day turns to night. If you are at all curious about what night snorkeling is like you can find out more here. For this particular blog though, we’re going to highlight one particular night snorkeling subject which can be found in both Triton Bay and throughout Raja Ampat once the sun sets, and that subject is a walking shark.

At this point you are probably wondering what I mean by “walking shark.” Well, as it turns out, there is a species of shark which actually prefer to use their pectoral fins to walk across the reef, rather than to swim. They are a type of epaulette shark, but are commonly known to us snorkelers as walking sharks. They are found in the shallow reef of northern Australia as well as New Guinea, with one particular species endemic to Raja Ampat and another to the Triton Bay area. 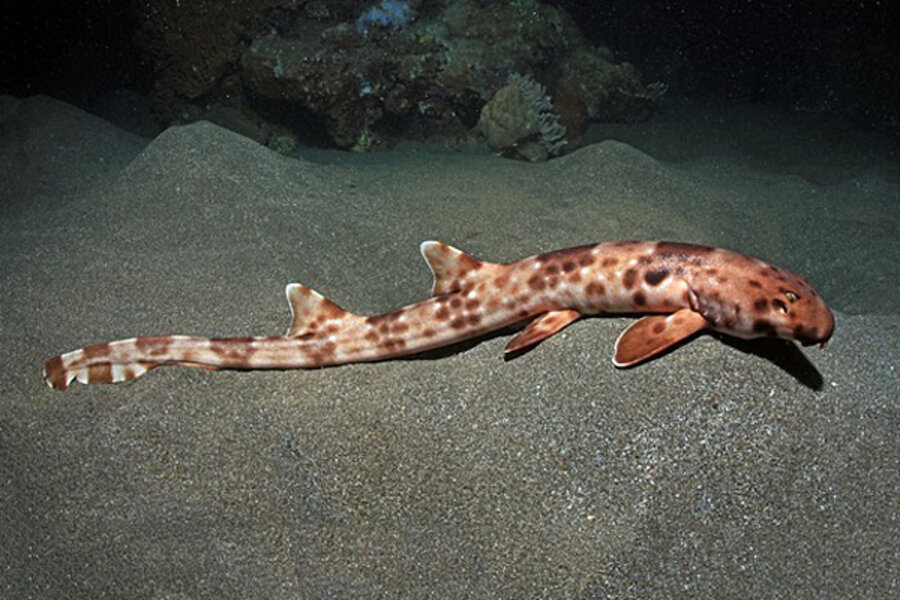 As both the Raja epaulette walking shark and the Triton epaulette walking shark are nocturnal species we don’t often find them in the afternoon snorkeling sessions because the burry themselves in the reef, but just after sunset is when they come out to hunt for small benthic creatures and small fish. As snorkelers we have the best vantage point for finding these unusual sharks since they usually are found right up in the shallow reefs, and even in tide pools at times. As you can see from the photos these are not your typical shark with their elongated body—which is mostly tail and decorated with a spattering of ornamental spots, not to mention the general sense of cuteness these sharks exude.

So there you have it folks, sharks can not only be comically cute, but also walk, and the best places to snorkel with them just happen to be Raja Ampat and Triton Bay in Indonesia!

Check out this short video to see just how these sharks walk, even on land! This particular species, which is nearly identical in appearance to the ones found in Raja Ampat and Triton bay is from Australia. The behavior is the same however.

Alex Lindbloom
Alex is a Snorkel Venture guide as well as one of the video and photo pros for the company. Prior to joining Snorkel Venture in 2018 Alex lived and worked all over the world as an underwater cameraman, including five years on a boat in Indonesia. Alex's images and videos have garnered many international awards and can be seen on NatGeo, Disvocery Channel, the UN Building, and various magazines.
Previous postSnorkeler’s Guide to Misool Resort
Next post10 New Year’s Resolutions for Snorkelers