Best Places to Snorkel in Belize

Best Places to Snorkel in Belize

Belize is home to some truly world class reefs resulting in some really exceptional snorkeling, even when compared to the places like Indonesia. With the second longest barrier reef in the world spanning over 190 miles-nearly the entire length of the county-one could spend years exploring the area and still just be scratching the surface. The Belize Barrier Reef System includes seven marine reserves, four-hundred and fifty cays, and three atolls. With all of this in mind it can be a bit overwhelming knowing just where to go for a snorkeling holiday in Belize. So, to narrow things down a bit we’ve put together a few locations where we like to spend our time during our snorkeling safari’s in Belize.

Before we get in to the where, we should probably talk about the how first. Since the barrier reef is technically accessible from the mainland via speed boat, it is possible to do a land based snorkel holiday where you would load up into a speed boat and head out
every morning and return in the afternoon. However, there are a few downsides to snorkeling Belize’s barrier reef in this fashion, the first being the amount of time spent traveling to and from the reef—a lot of which may be quite bumpy from the waves. Another reason we advise against this type of snorkeling trip is you will be confided to the area that the resort is able to access with their boats. What we suggest as a much more conferrable alternative and allows you to travel much further along the barrier reef and maximizes your time spent snorkeling— is the liveaboard option. Why not wake up every morning with a three-sixty view of the ocean and enjoy the freedom only a liveaboard can offer of being able to snorkel the best of Belize’s snorkeling sites whenever you choose. 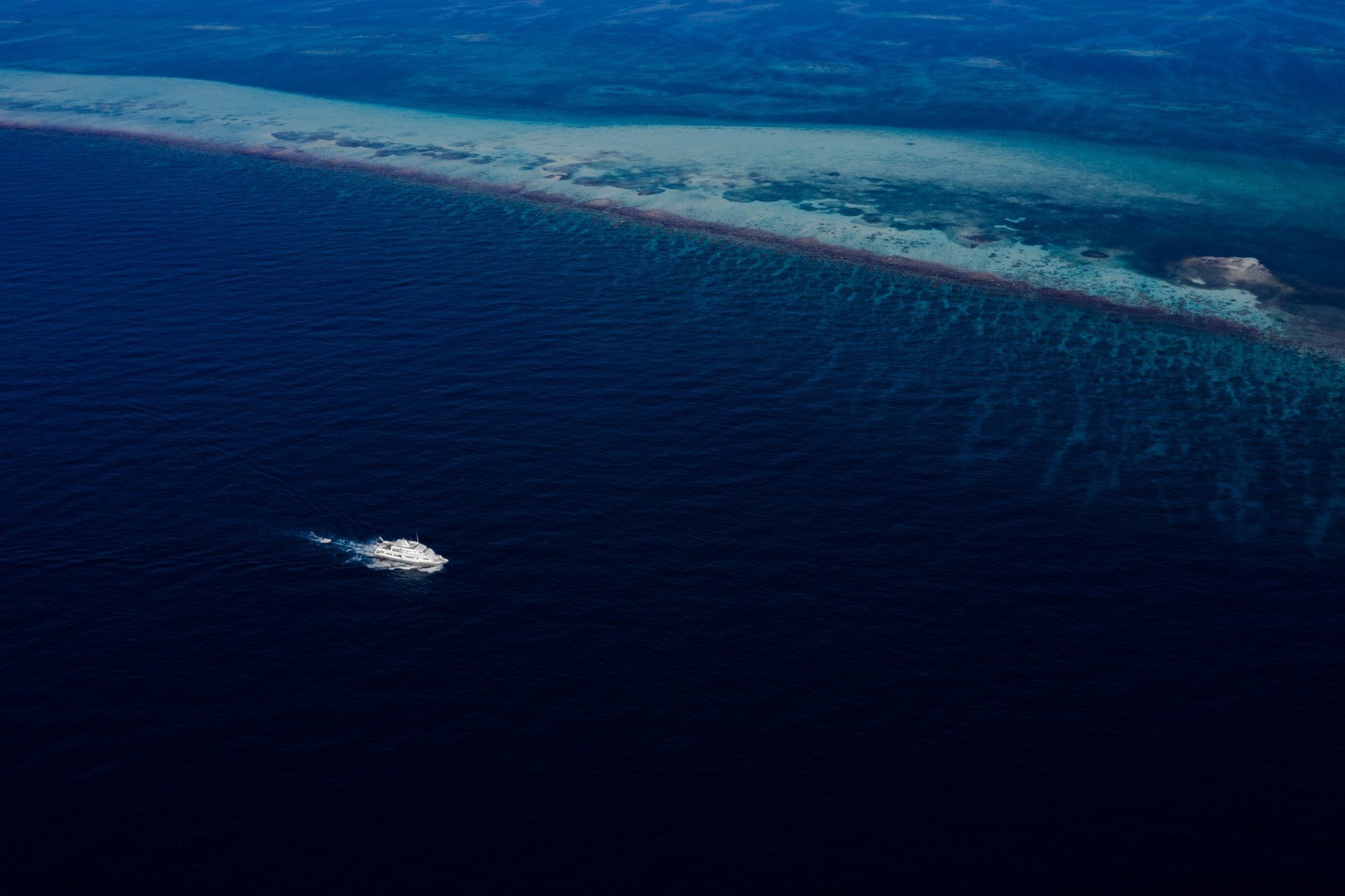 Turneffe is the largest atoll in the offshore reefs of Belize—stretching over thirty miles long and ten miles wide. Given it’s impressive size and the diversity of snorkeling sites, the Turneffe atoll could easily be the only atoll to visit while never snorkeling the same reef twice. This particular atoll is unique from the other two as it is has over two-hundred cayes which are covered with mangroves. And where we have mangroves, we have some very unique creatures who use this labyrinth of arching roots as a nursery. Everything from juvenile species of sharks and rays to the highly unique archer fish are among the mangrove’s inhabitants. Further offshore though you can expect to find stunning reefscapes with a mixture of hard coral, sponges, and layers of sea fans where eagle rays, reef sharks, turtles, and schools of jacks and snapper roam.

Glover’s reef is another massive atoll running twenty miles long and nearly eight miles across, and like Turneffe could be snorkeled for weeks while continuously offering up something new. Glover’s reef is hosts one of the greatest diversity of reef types in the western Caribbean and is also one of the last known spawning grounds for the endangered Nassau grouper, and since 2002 it has been protected as a special marine preserve. Speaking of protection—because of the shape of the atoll—most of the sites are protection from wind or waves leaving you to peacefully paddle along the surface and enjoying the stunning coral displays below.

Alex Lindbloom
Alex is a Snorkel Venture guide as well as one of the video and photo pros for the company. Prior to joining Snorkel Venture in 2018 Alex lived and worked all over the world as an underwater cameraman, including five years on a boat in Indonesia. Alex's images and videos have garnered many international awards and can be seen on NatGeo, Disvocery Channel, the UN Building, and various magazines.
Previous postFun Facts for Snorkeling in Belize
Next postSnorkeling in Current