That one hour period or so where the sun seems to hover just a few inches above the horizon is an incredible time to go snorkeling. Not only does the sharp angle of the sun on the water’s surface create a memorizing display of dappled light over the reef, but the marine life and it’s behavior is in a transition period which is pretty amazing to witness! 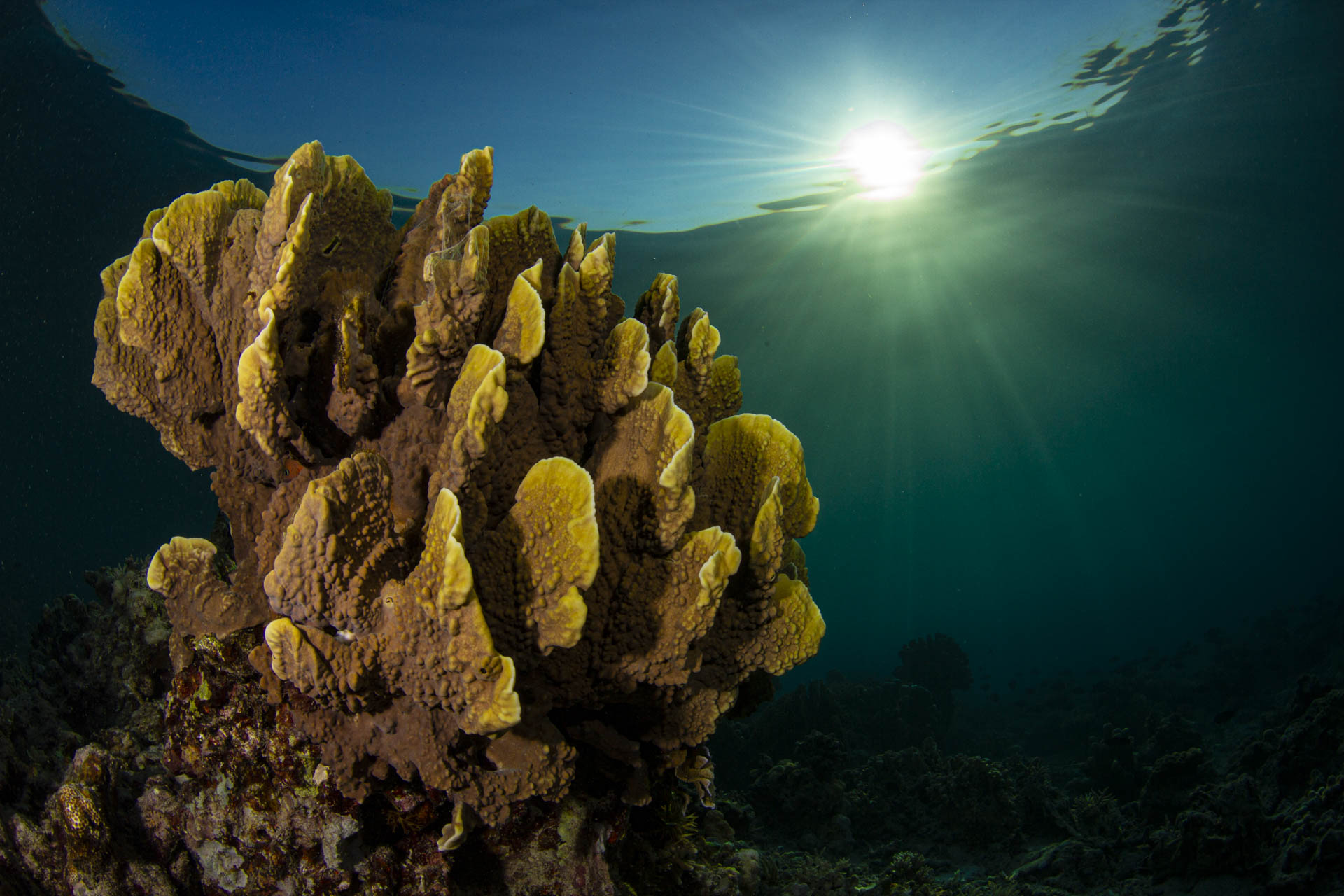 While the available day light in the is significantly less than our morning and afternoon snorkel sessions, there is still enough natural light in the water—at least for the first half of the snorkel—for you to still see clearly without the use of an underwater flashlight/torch. This stunning and more dramatic lighting is my personal favorite thing about sunset snorkels. The sun’s beams cut through the still water and just bathe the reef in this outstanding light which makes for some postcard perfect photos. As the light begins to fade toward the second half of the snorkel session it’s a good time to turn on that underwater torch we’ve provided you with and start investigating the reef’s inhabitants because you’ll quickly see that a lot has changed. 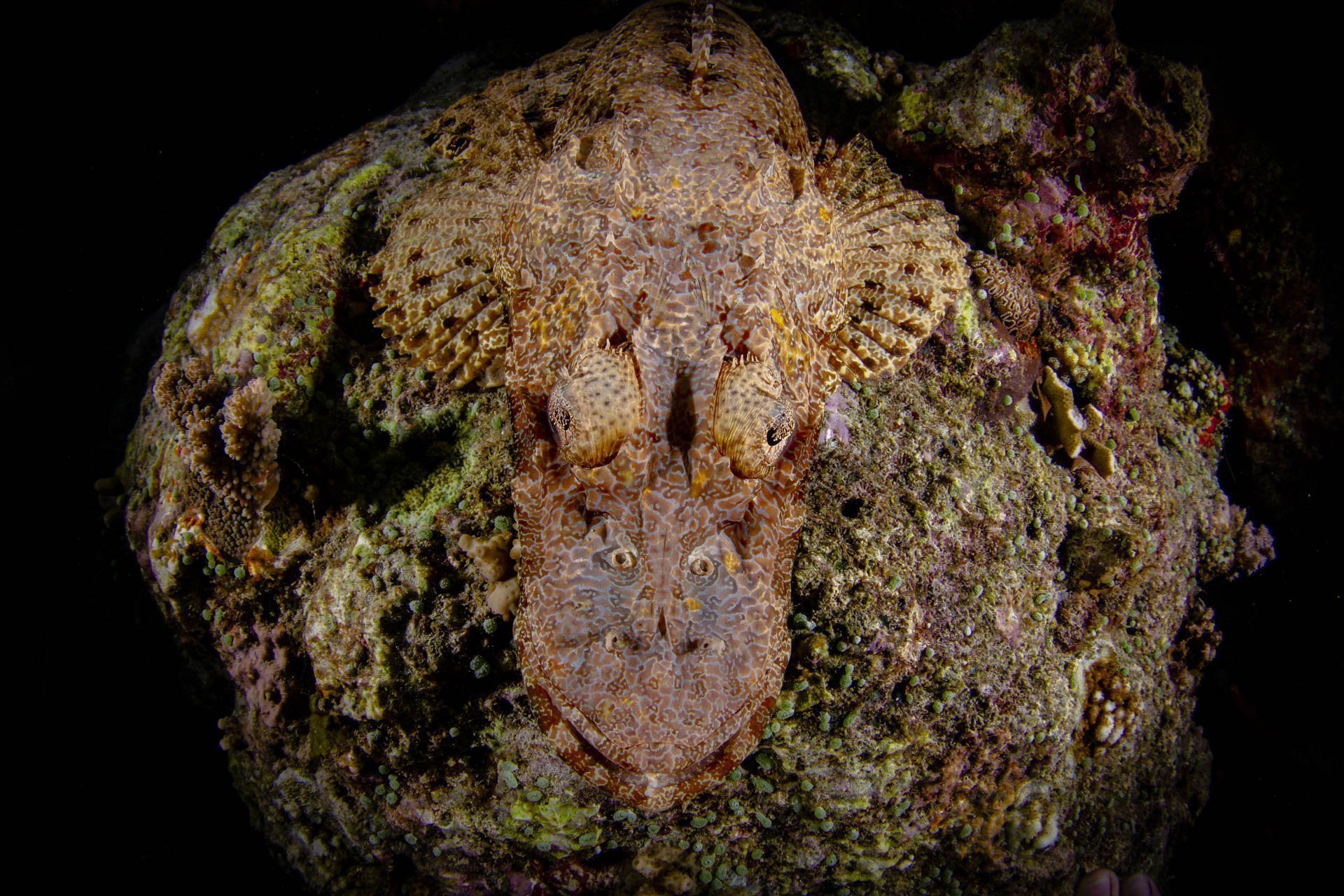 Just as the sun is starting to set, fish species like damsel fish and butterfly fish which were casually swimming about in the day time now have suddenly disappeared. Well, they haven’t disappeared they’ve just gone into hiding as the larger predatory creatures like the lion fish, moray eels, sting rays, and especially cephalopods like cuttle fish, octopus, and squid all come out to hunt the smaller reef fish. The creatures which were more active in the day are now tucked into every hole and crevice while the creatures like octopus and moray eels are now out in full view as they try to pry the colorful reef fish from their hiding places.

Predatory behavior is not the only thing to change during the night, mating behavior is also more likely to take place around dusk, with mandarine fish being the most active performers. If you are lucky enough to have a colony of mandarine fish right up in the shallows like we do in Alor Indonesia, then you are in for a real treat. These small but lavishly colored fish mate on just about every single evening just before the sun dips below the horizon. You have to be pay careful attention though as the actual mating can be over in a matter of seconds, but if you’re able to find and follow the larger male as he tries to woo one of the females in his harem then you can watch the entire sequence of events, from the awkward courtship behavior to the sudden flash of color that is the physical act of mandarine fish mating. 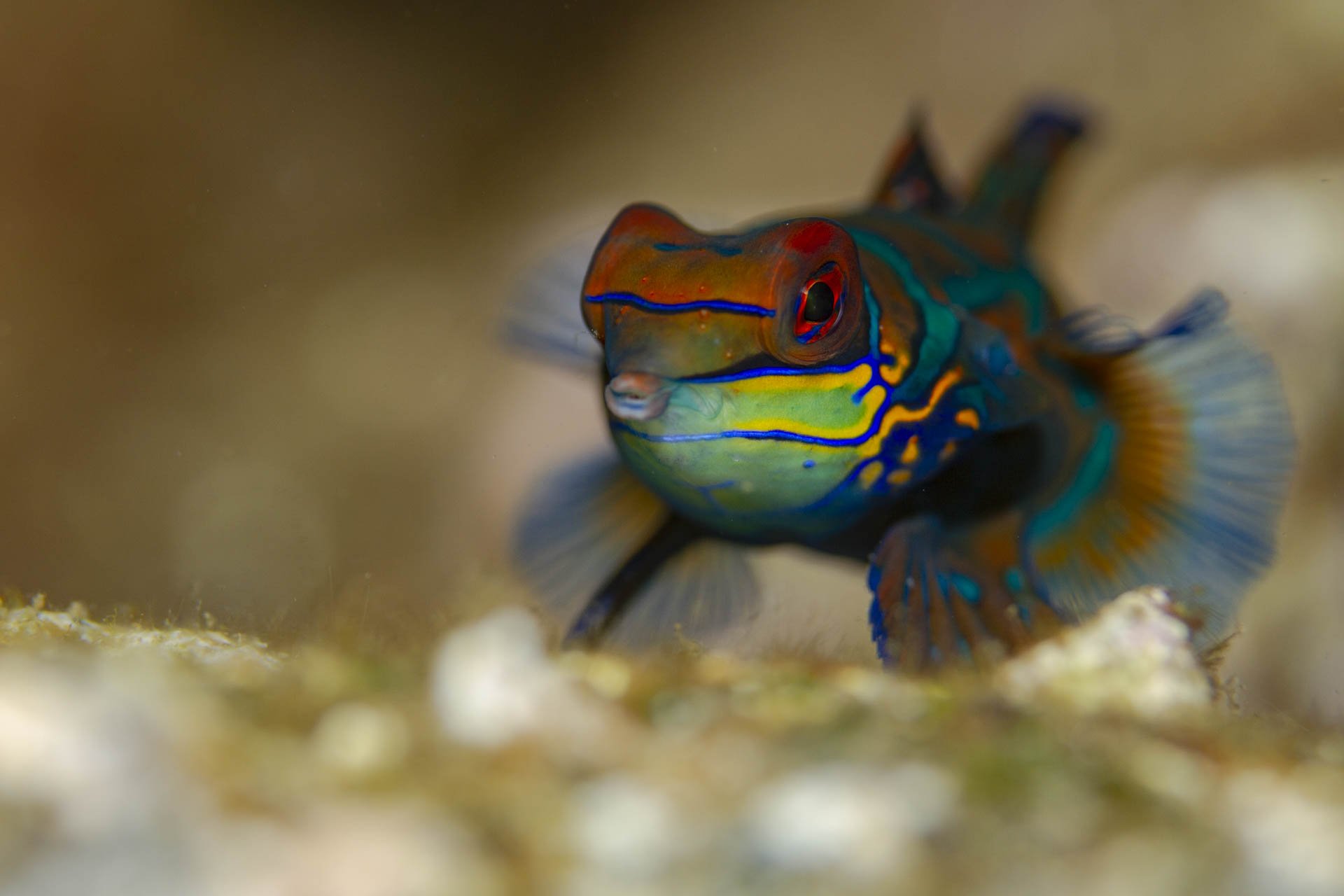 Alex Lindbloom
Alex is a Snorkel Venture guide as well as one of the video and photo pros for the company. Prior to joining Snorkel Venture in 2018 Alex lived and worked all over the world as an underwater cameraman, including five years on a boat in Indonesia. Alex's images and videos have garnered many international awards and can be seen on NatGeo, Disvocery Channel, the UN Building, and various magazines.
Previous postSnorkeling with Triton Bay’s Whale Sharks
Next postFoggy Underwater Camera Housing: Solved